The description of Skeleton App

Free access to 3D anatomical models of skull, trunk and upper limb.In-app purchases to unlock all body regions (Full Version)"Skeleton | 3D Atlas of Anatomy" is a next generation anatomy atlas in 3D which gives you availability of interactive highly detailed anatomical models! Each bone of the human skeleton has been reconstructed in 3D, you can rotate and zoom in on each model and observe it in detail from any angle.By selecting models or pins you will be shown the terms related to any specific anatomical part, you can select from 11 languages and show the terms in two languages simultaneously."Skeleton" is a useful tool for students of medicine and physical education, for physicians, orthopedists, physiatrists, physiotherapists, kinesiologists, paramedics, nurses and athletic trainers.HIGHLY DETAILED ANATOMICAL 3D MODELS• Skeletal System• Accurate 3D modeling• Surfaces of the skeleton with high resolution textures up to 4KSIMPLE AND INTUITIVE INTERFACE.• Rotate and Zoom every model in the 3D space• Division by regions for a clear and immediate visual of each structure• Possibility to hide every single bone• Intelligent rotation, automatically moves the centre of rotation for easier navigation • Interactive Pin allow visualization of the term relative to every anatomical detail• Hide / Show interface, ideal for use on smartphonesMULTI-LANGUAGE• The anatomical terms and the interface are available in 11 languages: Latin, English, French, German, Italian, Portuguese, Russian, Spanish, Chinese, Japanese and Korean• The language can be selected directly from the interface of the app• The anatomical terms can be shown in two languages simultaneously"Skeleton" is part of the collection of apps for the study of human anatomy "3D Atlas of Anatomy", new apps and updates are being developed. 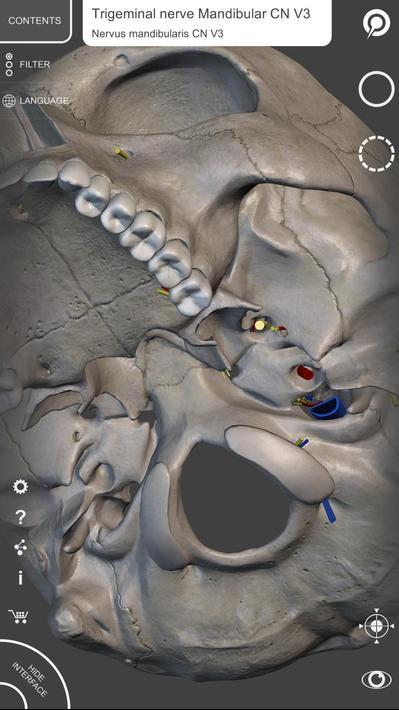 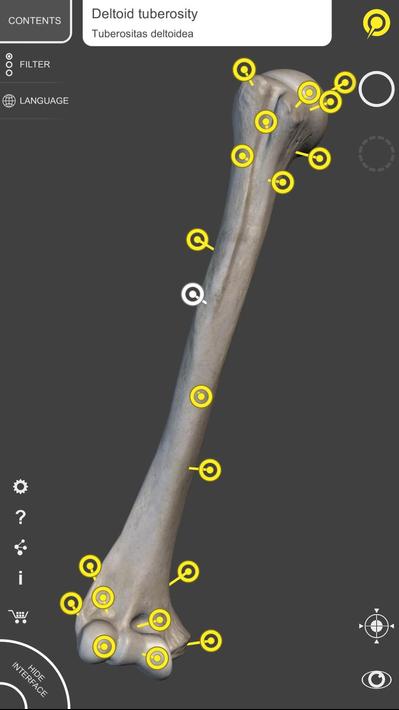 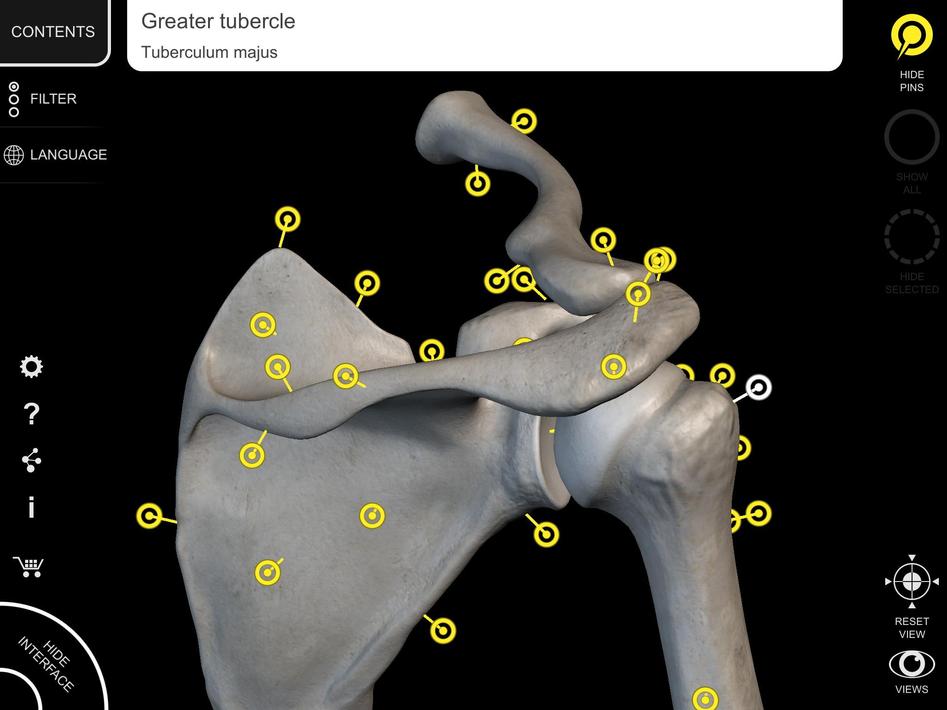 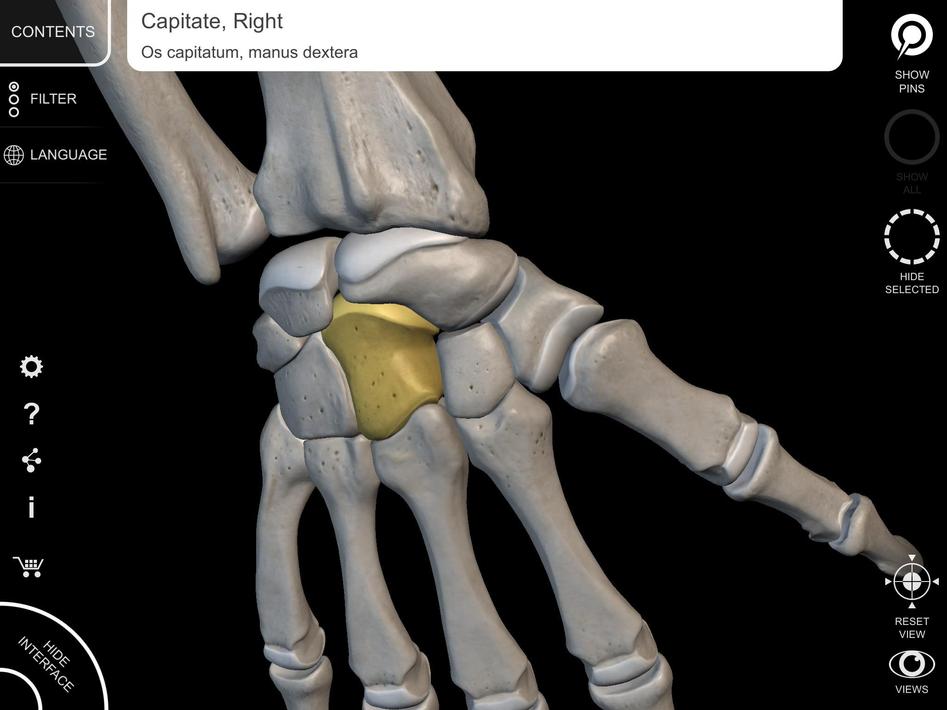 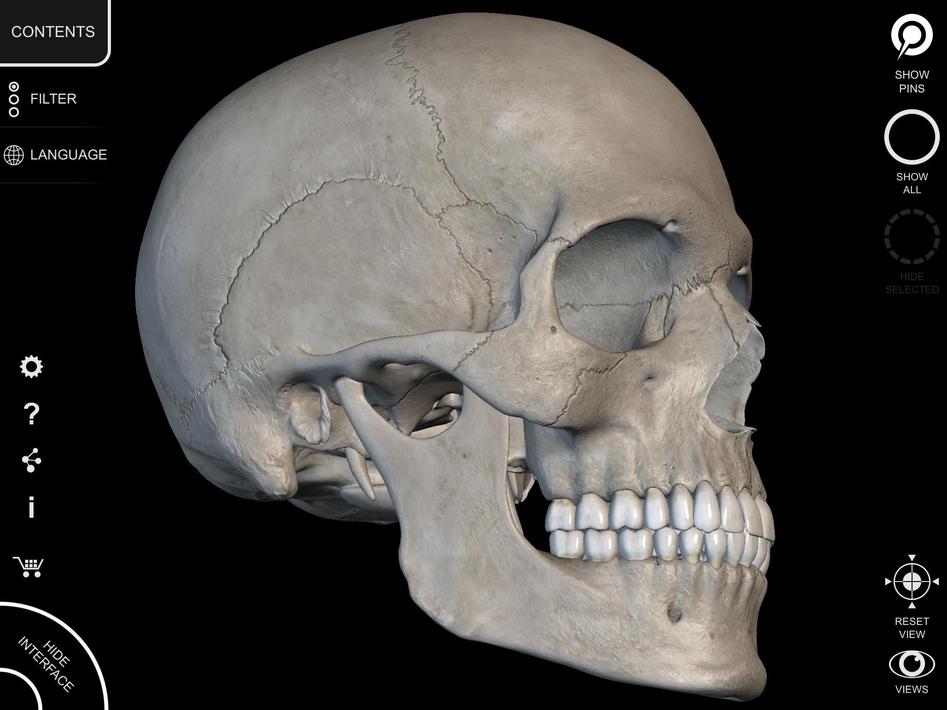